Georgian blueberry production is speeding up 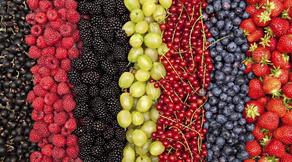 Agrolane Ltd. located in Bagdati closed down the season. The enterprise produced and processed 100 tons of blueberries.

The company started the blueberry plantation in 2010. The processing plant was built only in 2017 and was co-financed by the government. The product is sold mostly in the market of European Union.

According to one of the founders Giorgi Ghviniashvili, the product initially was targeted for export since in Georgia this product is mostly imported. The entrepreneur told Report.ge that the fertile soil of the West Georgia is particularly good for the blueberry plantation and harvesting.

At this stage they have 6 hectares planted with the blue blueberry. In parallel they accomplish the purchases of blueberries country scale for processing. The enterprise is equipped by modern facilities and implement the production in accordance with the ISO 22 000 standards.

The world biggest producer of blueberry is the USA. France, Netherland, Poland and Germany have own production during summer seasons; these countries fill up their stocks from Morocco and Chile.