Georgian economy shrinks by 4.2% in the first quarter 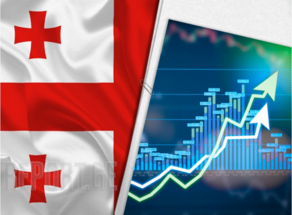 As for the neighboring countries, in the first quarter of 2021, the Armenian economy shrank by 3.3% compared to the same period last year.

In the first quarter of 2021, the economy of Azerbaijan shrank by only 1.3%. Compared to the same period last year, the share of oil products in economic growth in Azerbaijan increased by 6.4%, mainly due to the stabilization of the situation in the oil market. The price of crude oil supplied to the world market by Azerbaijan has risen to $ 69.The lowest price for Azeri LT CIF was recorded on April 21, 2020 ($ 15.81), and the maximum - in July 2008 ($ 149.66).

Georgia's northern neighbor Russia shrank by an average of 1.4% in the first three months of 2021. Russia's economy grew by 0.5% in March alone.

Turkey has the best economic situation in the neighboring countries. In the first quarter of this year, instead of shrinking, the economy grew by 1.7%. Turkey is forecasting 5% economic growth.

It should be noted that the Georgian government forecasts 4.3% economic growth this year.