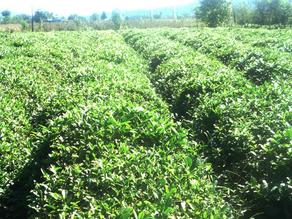 The government of Georgia is carrying out a project which implies the rehabilitation of tea production.

As Head of Georgia's Association of Tea Manufacturers Tengiz Svanadze told report.ge, Georgian demand for high-quality tea has increased, but there is a severe shortage of raw materials.

"With the government and private initiatives, we restored tea plantations and established new ones… Dozens of hectares have already been rehabilitated, and we will see results in the next few years,'' he said.

As he maintains, unfortunately, there are only four or five large factories in Georgia, and the rest include only mini-factories and family farms.

Georgia's tea plantations covering 11 thousand hectares have been preserved, and only 1,700 hectares are productive.

As Svanadze says, the rest of the area requires rehabilitation.

As a reminder, the Georgian government launched the Georgian Tea project in 2016 as part of the Unified Agricultural Project.