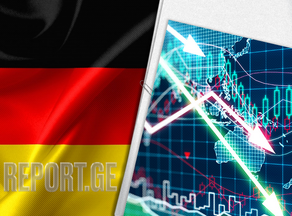 Consumer prices in Europe's top economy rose by 2.5 percent year-on-year, the Destatis statistics agency said, as Germany mounts a recovery from the coronavirus outbreak. The last time that rate was reached was September 2011.

German inflation has ticked up steadily since the start of the year, partly because of the introduction of a carbon tax and the end of a six-month sales tax cut aimed at mitigating the economic damage from the pandemic. In March, the inflation rate stood at 1.5%, while it reached 2% in April.

The May spike was mainly driven by a 10-percent hike in energy prices year-on-year, Destatis said, up from nearly eight percent in April, when inflation grew 2.0 percent year-on-year.

Food prices were up 1.5 percent while the services sector marked a 2.2-percent hike.