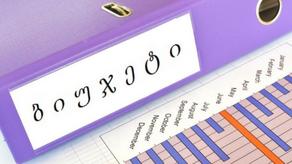 Giorgi Tsutskiridze, former President of Banking Associations of Georgia and Economic Expert, told Report.ge that the 2019 budget project is important for several reasons. Tsutskiridze thinks that mobilizing more money for education is totally acceptable. The Economic Expert thinks that  the retired teachers who are leaving the education system should be taken care of.

The expert praises the increased budget for infrastructure projects. Tsutskiridze said that infrastructure is crucial to stimulate the economy, especially to boost tourism and transit potential.

Giorgi Tsutskiridze also positively assesses the rural promotion program, the budget of which was doubled from GEL 20 million to GEL 40 million  He also emphasizes the importance of the funding budget increase by GEL 26 million for internally displaced persons.  According to the Expert, overall, the budget is much more focused on stimulating the economy as well as on social security which should be considered as a positive trend.