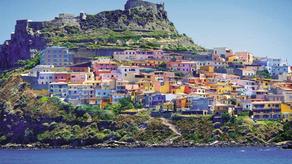 According to CNN Travel Authorities in Baunei, in Sardinia's eastern province of Ogliastra, have launched an appeal to visitors, telling them not to rely on Google Maps to travel around the area.

The publication writes that tourists are routinely following their GPS down lanes that are unsuitable for cars and onto off-road tracks in a bid to make their way to beaches, needing to be rescued by the local fire brigade when they get stuck.

144 messages have been reported to the rescue service over the past two years. Mayor of Baunei, Salvatore Corrias, said that authorities have erected signs around the area in Italian and English, advising tourists not to follow the directions of Google Maps and that the tracks are only suitable for all-terrain vehicles.

The authorities have contacted Google Maps, who have promised to look into it.

“We're aware of an issue in Sardinia where Google Maps is routing some drivers down roads that can be difficult to navigate due to their terrain. We're currently investigating ways that we can better alert drivers about these types of roads”, Google Maps statement reads.

Until the flaws in Google's map are eliminated, Sardinia officials are urging visitors to use older more reliable maps or local guides.