"Government can pull Georgian people out of poverty" 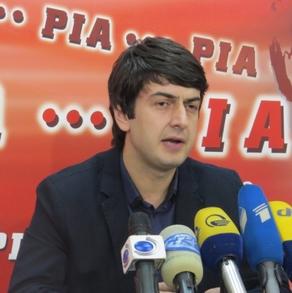 The issue of universal privatization of state property has been a topic of discussion for a long time; however, the public’s involvement in it is low, and the corresponding government agencies have remained inactive.

70% of Georgia’s land resources is owned by the state, and correspondingly, only 30% is privately owned. For the purposes of proper development of market economy, the situation must be altered.

In the majority of countries with free market economy, owners of land and other natural resources are people. However, after dismantlement of the Soviet Union, a large amount of property owned by the state has remained in its ownership so far. If U.S. citizens discover oil spring in their own yards, they will get rich; however, under the legislation of Georgia, a Georgian citizen finding oil spring in his/her own yard is not considered an owner, and the state may require that he/she transfers the ownership to the state.

The Initiative Group "Become an Owner" is working on this issue together with the corresponding governmental agencies and the public.

As the representative of the Initiative Group told Report ge. News Agency, transferring the ownership of state lands to the public is a tool that can pull people out of poverty. “This process should have initiated 25 years ago; however, the issue has remained unsolved so far. Similar situation is only in Belorussia and in post-soviet states, whereas in America and in other countries with market economy, property is mainly owned by the public and not vice versa,” stated one of the representatives of the organization Mate Gardava.