Gvinuka trying to establish in the local market 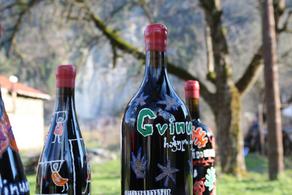 Zuka Maisashvili, a student at the Agricultural University started producing one of the most demanded and rare dry wine from Racha region.

A young entrepreneur has been thinking about his own business from school age and wanted to continue his ancestors work and revive family-owned wine production.

The entrepreneur tells Report.ge that only semi-sweet wines were produced in Racha, which is considered less interesting for the world market. According to Maisashvili, there is much more demand for dry wine on the world market.

Gvinuka is already on sale and plans to expand production in the future.