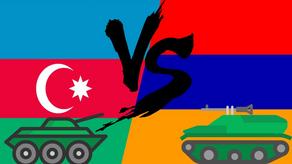 Azerbaijan and Armenia are not only neighbors for Georgia, but economic partners as well. Thus, conflict specialists, political scientists, economists, and financiers believe that the Armenian-Azerbaijani conflict will affect Georgia's economy and the whole region.

Doctor of Economics Rati Abuladze says that the economic cost of this conflict will be quite high.

He says the cost depends on the duration and scale of the conflict.

"If it were India or China, we would only talk about tourism, trade, and other economic prices, but the military confrontation is taking place in our region, very close to Georgia's border. There are many other factors besides economic ones. Although, if we focus on the economy, then one thing is clear: if countries increase military spending, remittances will decrease. Besides, it is well known that where there is shooting, economic activity decreases, and it negatively affects the investment environment. Trade, tourism, and income from these sectors, which have already decreased due to the coronavirus pandemic, decrease. All of this will ultimately hit the region's economy hard. Georgia will have to "rebuild" so that these processes have minimal damage to us," Rati Abuladze says.

Besides, Georgia has economic relations with Armenia.

"In the region, Georgia performs the function of a transit country. Turkey's share in Armenia's imports is 5%, while diplomatic relations between the countries have tensed. These imports are carried out via Georgia. As for Azerbaijan, its share in our economy is far from small. Tourism from Azerbaijan to Georgia was actively developing, investments, and remittances from this country were actively growing. In terms of exports, exporting to neighboring countries is the easiest and least expensive and time-consuming. Thus, Georgia has a high export potential with Azerbaijan, Armenia, Russia, and relatively small with Turkey. But with Turkey, we have high import rates. In short, I want to say that military actions in the region will destroy all this," Rati Abuladze said.

As for exports, 32% of Georgian exports go to Azerbaijan, Armenia, and Russia.

As a reminder, the situation on the Armenian-Azerbaijani border tensed on July 12. There are casualties on both sides. Currently, the situation is relatively calm, but tensions remain.