How will joint tourist packages benefit Georgia and Azerbaijan? 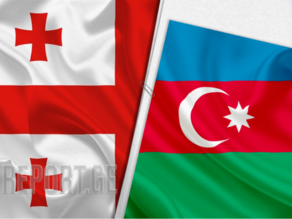 Tourism experts say that the adoption of the joint tourist package will help citizens of Georgia and Azerbaijan to visit the two countries more often and the countries themselves to attract international tourists.

As tourism expert Manana Aladashvili told Report News Agency, 40% of tourists in Georgia are Azerbaijanis. "In Azerbaijan's case, territorial proximity has played its part. Hopefully, this will prove beneficial for both countries. Azerbaijan, like Georgia, is an attractive travel destination, with its UNESCO monuments and other landmarks," expert Aladashvili said, adding that a special focus must be made on open areas and nature in joint packages.

"Azerbaijanis do appreciate nature; ecotourism has great potential in similar cases. Additionally, Georgia houses 300 small mosques, including the Tbilisi mosque, with its historical and national implications. Some joint literature and public centers, as well as Azerbaijani production stores, are also noteworthy. Azerbaijan is a financially strong country. Accordingly, we think great investments will be made in this undertaking," Manana Aladashvili said.

Prof Nika Kvaratskhelia also salutes the joint project idea. According to him, implementing joint packages in the field of tourism is a good idea. "Earlier, we had joint tours attracting lots of interest, but these tours did not work due to the epidemic," he said.

The Georgia-Azerbaijan joint tourism package project has already been drawn up, according to Georgia's Ambassador to Azerbaijan Zurab Pataradze.

Report News Agency reached out to Tbilisi-based Azerbaijan's tourism showroom for further details. Its manager Mariam Natadze said that they have resumed working on tourism packages.