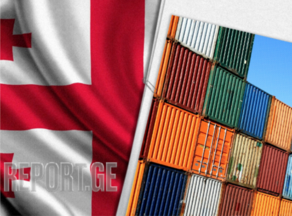 Imports of goods to Georgia decreased by 12.1 percent annually in November 2020. Turkey was the largest contributor to the decline in imports from the region, mainly due to the decline in cars and trucks' imports.

The November review of the National Bank (NBG) reveals.

According to the document, the decrease in imports from Russia to Georgia is connected with reducing the cost of purchases of oil and oil products due to lower prices in the international commodity markets. According to the NBG, imports from other countries decreased significantly from the US (due to cars), Chile (due to the decline in imports of copper ores and concentrates), Iran (due to the decline in petroleum coke-bitumen and paving slabs), and Germany (due to cars).

According to the National Bank, compared to the previous year, imports by countries were less diversified.

"In November 2020, a significant portion of imported goods, 6.1 percent, were copper ores and concentrates, which fell by 8 percent and contributed -0.5 percentage points to the change in total imports," reads the review.