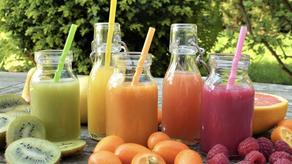 Demand on fruit and vegetable natural juices on the European market is increasing. According to a PMCG study juices are among the top-10 products that European countries buy.

One of the major Georgian juice producers Kampa, exports only 10% of its production to the US, China, Russia and the Arabic countries.

Kula juice is exporting in Germany, Holland, England, France, Spain, Austria and all three Baltic countries. According to Vano Goglidze, the Founder of the Company Kula is working on an export growth plan.

According to the National Statistics Office of Georgia in the first 8 months of 2019 (January-August) a total of $ 4,558 million worth of natural fruit and vegetable juices were exported from Georgia. In the same period of 2018 - $ 4,053 million. Last year, Georgia exported $ 8,705 million worth of products.