Investment from Azerbaijan and Armenia to Georgia 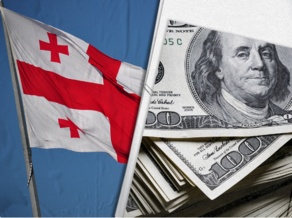 Armenia and Azerbaijan have strategic importance to Georgia when it comes to foreign trade.

The share of both countries in Georgian tourism is accountable.

As for investments, according to the National Statistics Office of Georgia data for the second quarter of this year, a total of 408,583,0 thousand dollars of foreign direct investment made it to Georgia.

In the second quarter of this year, the top five investor countries are as follows: the United Kingdom with $ 58.9 million, the Netherlands with $ 53.2 million, Turkey with $ 31.5 million, the United States with $ 19.9 million, and Slovakia with $ 16.2 million.

As for the CIS countries, 1 009.8 thousand dollars were invested in Georgia in the first six months of the current year.

From this group of countries, investments in Georgia have increased this year, except for Azerbaijan and Kazakhstan.

According to experts, the conflict between Azerbaijan and Armenia contributes to losing the whole region's investment attractiveness, including Georgia, because an investor needs a stable and secure environment. Therefore, the current situation will deprive Georgia of investments.

The position of conflict specialists, economists, and financiers on the Azerbaijan-Armenia conflict are similar. They say the conflict between the two countries will have a significant impact on the region's economy. The economical price of this conflict depends directly on its persistence, time, and scale.

The armed conflict between the two countries intensified on July 12 as well and lasted for about ten days.