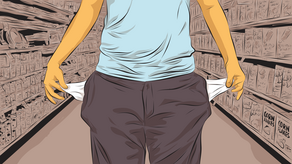 In accordance with the amendments to be introduced to the Labour Code, the minimum salary may be determined with businesses possibly being pushed to reduce employment and citizens being hampered from mobilizing financial resources, since they will no longer be able to work multiple jobs, with working hours also being strictly determined. The minimum salary may easily prove to be a guarantee that an employer will be provided with required financial resources.

However, the new initiation may mean additional problems for businesses, especially small businesses, since in the event that the minimum wage is determined in the amount of 500 GEL, they will fail to fulfil this new requirement.

As per the Minister of Economy, the minimum salary will cause further economic problems by bringing more expenses to big businesses and endangering small businesses, which may vanish at all.

229, 000 employees’ salaries in the country are less than 500 GEL. It is unknown what percentage of people will get higher salaries and what percentage will become unemployed after the new amendment is introduced to the Labour Code.

The planned legislative amendments have not been officially reviewed yet; however, the Business Association of Georgia already elaborated upon their expected negative effects, and the Trade Union has also made its remarks; however, the Chairman of Professional Unions has defined the voiced concerns as baseless.