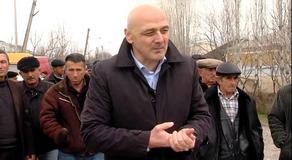 Drug prices in the pharmacy chain are profiteering, with officials holding a stake - stated Jondi Baghaturia, leader of the ,,Qartuli Dasi" political party to Report.ge.  According to him, the pharmacy business has an artificial monopoly and greenhouse conditions, which is facilitated by high officials.   He has purchased medicines for comparison in Georgia, Russia and Turkey.  According to Baghaturia the price difference is more than 100%.

"Russian-made Cardiomagnil costs 8 lari and 80 tetri, in Georgia it is 139.7% more expensive. It is noteworthy that the drugs exported to Georgia and Russia are pf the same country of origin.  Even more interesting fact is how expensive are Georgian medicine compared to Russian analogues. For example, Georgian production of Captopril (pressure regulator) ) 50 milligrams costs 12. 80 lari, while Russian analogue in Russia costs 1.90 lari. 40 pill makes the difference of 673%. 25 milligrams of captopril, 25 milligrams of Georgian production in Georgia costs 9.70 lari, in Russia - 77 tetri. The difference is 1259.7% "- states Jondi Baghaturia, There is no other business in this country that has such a large profit margin.

Baghaturia also points out that the high prices for drugs are most harmful for the most vulnerable part of the population - the pensioners.

"This is dishonesty done by the big pharmacies with the support of the Georgian Dream. They get rich at the expenses of poor people. These drugs are used by the elderly. And you know the volume of the pension, don't you? Its only 200 laris. If pensioners buy this medicine they stay hungry. Their pension is half of the subsistence income. The monthly salary of parliamentarians is 50,000 GEL," Baghaturia said.

,,Qartuli Dasi" has prepared a legislative initiative to regulate drug pricing in the pharmacy chain. As Jondi Baghaturia told Report.ge, threshold prices should be enacted at all stages of pharmacy product pricing, be it manufacturing, wholesale or retail. According to him the same regulations are valid in France, Belgium, Japan and Germany, Britain, USA and India. As Baghaturia asserts that their legislative package of regulations also includes the practices of these countries and the peculiarities of the Georgian market. He said the regulation would not allow the pharmacy business to speculate.

The regulation was registered in the Parliament of Georgia two days ago. Georgian lawmakers will discuss it at the bureau for the first time, afterwards the health committee will discuss it.