Levan Davitashvili: Cheap money is available in the country 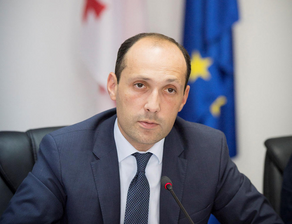 “The issued promise on availability of cheap money in the country has been kept,” declared Minister of Environmental Protection and Agriculture Levan Davitashvili.

“Seven years ago, Georgian Dream, which came into power on October 1, declared agriculture as its priority, with a number of very important aspects being singled out. The government stated that cheap money would be available, with this being the statement of paramount importance,” declared the Minister and added that since 2012, the activities in agriculture have been subjected to a change, with the beneficial agricultural credit system having been introduced, which enabled all entrepreneurs, farmers and pheasants to have access to cheap money.

According to the Minister, beneficial agricultural credit implies that the state will cover 11 per cent of interest rates of loans taken out of private or commercial banks by our citizens over 5 years for development of agricultural field.

“The program has successfully functioned since 2013, with this meaning that the promise of availability of cheap money has been met,” declared the Minister.