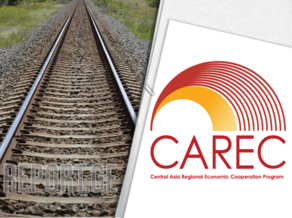 According to the Ports and Logistics Scoping Study, the World Bank Logistics Performance Index (LPI) proves to be low in the majority of the member countries of the Central Asia Regional Economic Cooperation (CAREC).

The document says that out of 11 CAREC member countries, eight ranks lower than 100th, with only three_ China (27th), Kazakhstan (77th), and Pakistan (95th) _ ranking higher.

Despite the existing issues, the document says that Central Asia is one of the most active regions worldwide, where cargo turnover increases by two-digit numbers. Hypothetically, the turnover will have increased by three digits by 2050.

CAREC is deemed one of the most expensive logistic systems globally.