Machavariani: problem at Larsi border has been caused purposefully

Machavariani: problem at Larsi border has been caused purposefully 27 September, 2019  18:37 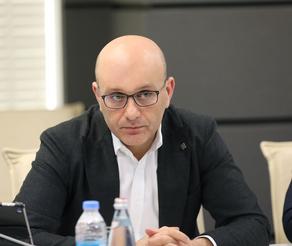 As per Georgian Minister of Finance Ivane Machavariani, the existing issue on Larsi border crossing point has been caused by the Russian party and the Georgian party operates quite effectively there.

The Minister commented on the existing car queues at Larsi border. As per him, similar problems used to emerge there earlier too.

“At this point, the Russian party is faced with issues. As far as I’m concerned, some systems are being implemented there, with this impeding normal operation of the Customs. Similar problems used to surface there before too; the Georgian party is doing its job absolutely effectively,” stated Machavariani and added that they expect the situation at Larsi border to improve in the immediate future, with traffic flow no longer being obstructed.

Passenger car queues at Larsi border have been for three days.