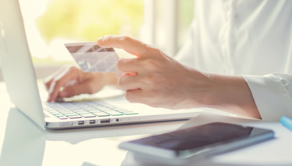 In his letter posted on Facebook page informing the public on his decision to step down, the Ex-Prime Minsiter focuses on a large amount of debt and regional development when assessing the economic policy. As the letter reads, under him, the government’s economic team managed to implement fair rules on the financial market.

“Chronic dependence of economy on debt was reflected on the vast majority of population, with this being an irresponsible policy aiming at robbing the Georgian people. Not a single successful country exists in the world with similar rules forcing people to pay 800-1000% interest charges and fines. This were absolutely immoral loans designed to make people bankrupt, with them losing flats or other property! We introduced:

This letter focuses on the right course of economic development and infrastructural projects.

“Compared to 2016, we have grown investments in infrastructure by 2/3, while in the first eight months of 2019, we increased investment returns by 45 % compared to the similar period of the year. The higher budget enabled us to create infrastructure required for economic development of the regions. It is also paramount that the already implemented purchases will considerably improve the situation with regard to public transport next year,” reads the letter.

The Ex-Prime Minister also focuses on the planned projects set to be implemented in the immediate future. According to him, large cities must turn into urban areas, the entire country must be provided with the internet and the internal road infrastructure must be modified. Increasing the pace and scale of building mountain resorts and tourist infrastructure is also at the top of the agenda.