Marine traffic with the Abkhazia - Exclusive 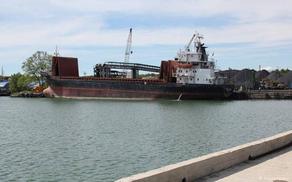 An initiative has been registered in the Parliament, which means inclusion of the occupied territories into a single economy. The changes will appear in Article 242 of the Tax Code. The bill provides for the supply of goods originating or produced in the occupied territory of Georgia by another person with the status of special enterprise to another territory of Georgia. From and out of Zugdidi, Batumi and Poti using the maritime ports, through territorial waters.

Some experts suggest that this bill is an opportunity to restore marine traffic between the territory controlled by the Georgian Government and the Abkhazian side.

Akaki Chargeishvili, the Business Law Specialist tells Report.ge that it will be a commercially positive action.

“We should not have any problem. If a ship arrives, it means that it is a ship owned by a particular company. The ship is a fact that is assigned to the balance sheet of a company with the status of a special enterprise, which is a Georgian enterprise”, Akaki Chargeishvili explains.