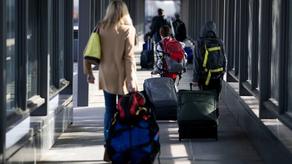 The report says that the number of immigrants from Georgia to Russia is 450,000.

According to National Statistics Office of Georgia the highest number in the last 4 years was 76 367 immigrants in 2018. Also 57% of Georgian emigrants are men.