Mothers require that gambling be banned 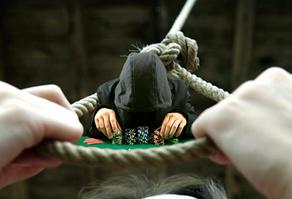 As the statistical data by NGO called "Mothers Against Gambling" has it, around 17 young men have taken their own lives and 7 have attempted to commit suicide due to their involvement in gambling. The age of these men, which reportedly ranges from 14 to 31, proves to be extremely alarming.

As Tamar Japaridze, the representative of the NGO states, they require that the parliament immediately start discussion of the draft bill on banning promotion of gambling.

Independent deputy Levan Gogichaishvili registered the draft bill in the parliament on 21 October 2019 for the second time.