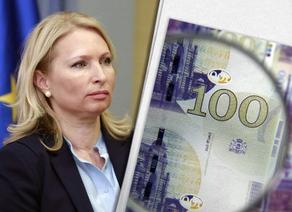 According to Minister of Economy Natia Turnava, the 2021 budget project that has been presented in the parliament, aims at providing citizens with care and assistance and improving the country's economic situation.

The minister said that despite substantial pandemic-related expenses, the government has performed its duties.

"Teachers' salaries are increasing, pensions indexation for retirees is set to become effective, pensions are growing, a rather large amount is set to be allocated for supporting entrepreneurs and small business," the minister said, adding that more than GEL 150 million is planned to be spent on "Produce in Georgia" and other similar programmes.

The 2021 budget project, according to which the country's budget amounts to GEL 16.7 billion (1.6 billion less than that of 2020) has already been presented in the parliament.