New features on logistics map of the region 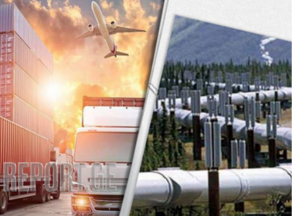 New transport routes appear on the economic map of the region. We are talking about Turkey - Armenia (Kars - Gyumri - Nakhchivan - Baku)corridor launch, which, according to the President of the Georgian Transport Corridor Research Center, will add new features to the economic and logistical map of the region in terms of cargo flow, but will not have a significant impact on Georgia's transit potential.

According to Paata Tsagareishvili, this route is mountainous, which increases the traffic and complicates the technical possibilities. This will eventually increase the logistics tariff, making it difficult for this corridor to compete with its cheaper alternative (BTK).

Tsagareishvili noted that today the main cargo flow on the Baku-Tbilisi-Kars (BTK) highway is formed from Russia and Kazakhstan through Georgia to Turkey and the Mediterranean ports of Turkey. These are mainly wheat, metal, and metal structures, and therefore, if the cargo will be attracted from the regions mentioned above, Tsagareishvili is convinced that the priority will be given to the Baku - Tbilisi - Kars highway, which is "short" and equipped with modern technologies.

"The railway connection between Armenia and Iran will be fully operational if the Culfa railway branch is fully active. A container coming from China to Iran's southern port of Bandar Abbas, which currently travels through Georgian ports, will eventually bypass Georgian ports and find new highways in both Armenian and Turkish Mediterranean ports, making Armenia a transit country," Tsagareishvili explains.

To show how well Georgia uses its possibilities, the expert answers using the example of Kazakhstan.

"For example, the export-import volume of Kazakhstan Railways alone averages 110-120 million tons per year. Only 2-3% of this volume is transported to Europe through the corridor to Georgia. Transit shipments have been significantly reduced in recent years. Taking care of their growth is the main task of Georgia and all the participating countries of the corridor," said Paata Tsagareishvili.

Azerbaijan has high hopes for opening a land road between the Nakhchivan Autonomous Republic and the rest of Azerbaijan.