Oil transit by BTS reduces by 20% 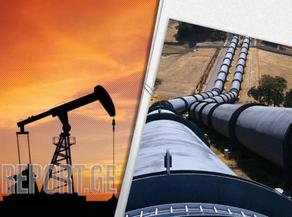 In January-August of 2021, 23,331 million tons of oil were transported through the main oil pipelines of Azerbaijan.

The State Statistics Committee of Azerbaijan reports that the volume of oil transportation decreased by 2.6% compared to the same period last year.

Oil shipments on the Baku-Tbilisi-Ceyhan (BTC) pipeline fell by 74.7% in 8 months. BTC shipped 17.435 million tons of oil during the reporting period, which is 8.6% less than the same period last year.

During the reporting period, oil transit by BTC amounted to 2.214 million tons, which is 19.9% less than the previous year.