Patenting inventions in Georgia will be simplified

Patenting inventions in Georgia will be simplified 1 November, 2019  16:21 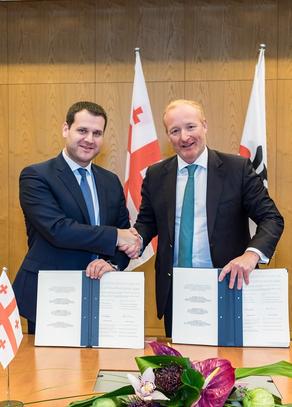 Patent procedures in Georgia will be simplified. An agreement was signed between the Georgian Government and the European Patent Organization (EPO) in Munich, Germany on the validity by Genadi Arveladze, the Deputy Minister of Economy and Sustainable Development of Georgia and Antonio Campinos, the President of the European Patent Office.

According to the agreement, the European patent will be valid on the territory of Georgia on the basis of European patent application, which will simplify the procedure for patenting inventions for international applicants in Georgia.