Pensions to increase from January 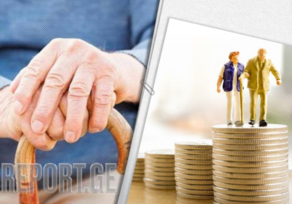 According to the draft budget for 2022, the pension will increase from January. The expenditure part of the 2022 state budget reflects additional expenditures in areas such as the indexation of the state pension.

According to the law, the pension of persons under 70 should be increased by the average inflation rate of the last 12 months, but not less than GEL 20. The increase of the pension in the budget from January is envisaged by GEL 20, and its volume is set at GEL 260.

According to the same law, for people aged 70 and over, the pension should be increased by 6.7%. The budget envisages the increase of the pension by GEL 25, and its amount from January 2022 will be set at GEL 300.