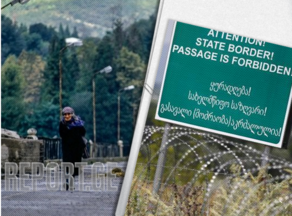 Zurab Maghradze, an expert on transport and logistics issues, a member of the organization "Become an Owner," is convinced that the possibility of de-occupation of Georgia goes through the Silk Road project.

According to him, the cargo-producing region is Asia; the consumer is Europe. Georgia has free trade agreements with China, the European Union, and Turkey. Geographically, Georgia is in the middle, and the country has a unique and exclusive opportunity to use its geographical location, as well as trade agreements, and have the function of a "middle link."

"It is known that one-third of world production comes from China, it is also known that 3% of Chinese cargo is delivered to the West by Russian railway, the rest is transported by sea, which requires more time. It is undeniable that the Anaklia project will finally be completed. At the same time, if at least 1% of Chinese export cargo is transferred to the Caucasus transit corridor, we can not afford its services. Cargo from China, Central Asia, and Turkey is already active on the Baku-Tbilisi-Kars railway. Freight on this highway will increase even more as the EU declares 2021 as the year of the railways. The reason is that, based on the principle of sustainable development, the railway has ecological and pandemic safety possibilities compared to other means of transport. A load of 70 trailers can be carried on a single train, driven by a total of two drivers. The need for cargo turnover and the arrangement of ports will increase even more. If we work with a full load, with a number of investments and technologies, we will develop the transit corridor, which Baku is doing, and will increase the level of security, as well as employment and economic growth opportunities will appear in the country. The number of transit cargoes will increase very quickly. This means more infrastructure, more employment, more training, and more services. More than 60% of the economies of successful countries are created from service sectors. Services through the logistics terminals of Anaklia port should be transferred to the territory of Gali district. To this must be added a new standard port in Ochamchire, which is to carry Asian cargo by Georgian railway. For this, Abkhazia must decide its position," the expert explains to report.ge and adds that three things need to be done in Georgia before that: the stock exchange, free privatization, and investments in logistics infrastructure.

"This is followed by GDP growth per person, employment and emigration flow to Georgia. Tskhinvali does not have any resources. West-East highways allow Gori and Tskhinvali to be turned into logistics cities. The civilized world will continue the policy of non-recognition, and we must take action. Cargo and tourists will increase even more," Zurab Magradze stated.