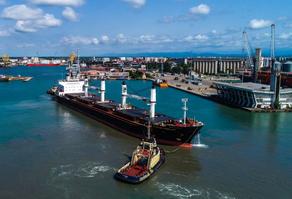 The incomes and profit of the Poti Port Corporation that owns the port of the town are increasing. The 2019 results are expected to be positive, while the company has publicized the 2018 financial report yet.

According to the report, in 2018, the company had a 150-million GEL benefit, and annual growth reached up to 11 million. The overall profit grew and hit 91.8 million while it was 87.8 million earlier.

The Poti port, being of strategic significance, represents the largest port in Georgia. It receives liquid and dry cargos, containers, and ferries. The total length of the harbor is 2,900 meters.

The company has also developed an expansion project that will enable the port to provide the 150-meter length vessels.

APM Terminals BV represents the final owner of the port, while the A.P. Moller-Maersk group is the ultimate controller.