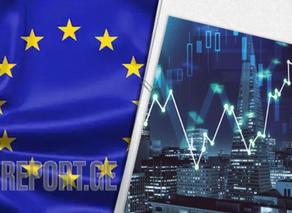 The publication notes that many families are unable to pay their utility bills.

European Commissioner for Jobs and Social Rights Nicolas Schmit said that the energy crisis in Europe is expected to last until the spring of 2022.

Some countries support the abolition of electricity bills in the EU, but Brussels does not support this proposal.

The publication notes that electricity and gas prices have increased by more than 400% since the beginning of 2021. Added to this was a sharp rise in oil prices - in mid-October, the price of Brent rose above $ 85 a barrel.

The European Commission calls on the governments of the EU member states to help the most vulnerable groups with tax breaks. The Czech government has demanded the complete abolition of electricity bills before the crisis is resolved. But Brussels does not support the initiative.

France also does not want to abolish or reduce gas and coal taxes. As Minister of the Economy, Finance, and Recovery of France, Bruno Le Maire said the government should support the people, but there is no need to cut fees.