Power imports from Azerbaijan to Georgia increase by 17% 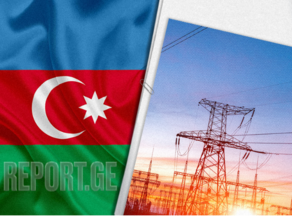 According to the Georgian Electricity Market Operator (ESCO), in the first two months of 2021, Georgia purchased 827.8 mln kWh electricity. The main suppliers are Russia (521 mln kWh), and Azerbaijan (299.7 mln), with Azerbaijan's share having increased by 16.7%.

Georgia has worked on the diversification of electricity import sources over the years. According to Minister of Economy Natia Turnava, Georgia is now more energy independent than it was in 2012 when 90% of power was imported from Russia. As the Minister of Economy claims, the Georgian Dream government's efforts resulted in Azerbaijan becoming the country's main power source.

Opposition parties have alleged, however, that power imports from Azerbaijan are politically motivated, as its tariffs are high. As they claim, Azerbaijan has become a top importer as this plays into someone's hands in the government.

However, Mrs. Turnava defines these indictments as baseless, saying that authorities or their relatives are not anyhow connected to power imports to Georgia.