Problems created by war for energy sector in the region 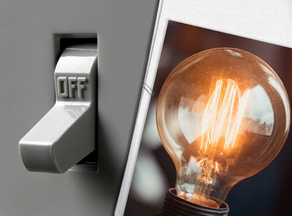 According to energy expert Gia Arabidze, the Armenian-Azerbaijani conflict did not prevent the import of electricity from Azerbaijan, but exports to Armenia stopped. He said the Mukhrani and Samukhi-Gardabani power lines had some problems as Armenia's rocket fire damaged them. According to Arabidze, the risk is still high, especially at the Mingechaur Hydroelectric Power Plant, where airstrikes are frequent.

"We have not been re-exporting electricity to Armenia for two weeks. So far, the situation with Azerbaijan is stable, and if the conflict does not extend beyond the territory of Karabakh, there should be no problem when it comes to energy supply. We maintain stability, but the risk still exists. After October 17, the third week after the Karabakh armed conflict, it became especially apparent when a 500-kilowatt transmission line of international importance from Azerbaijan to Georgia got damaged due to hostilities. Nevertheless, the energy sector of Azerbaijan is in good condition. The hydropower plant near Mingechauri carries a high risk as Armenia launches a missile attack on it. The Azerbaijani side claims that their air-defense system has managed to neutralize this missile threat, but the risk remains," the energy expert told report.ge.

According to Gia Arabidze, the dependence on Azerbaijani imports is even higher for gas imports from Azerbaijan. But the complication is less likely. Because gas enters Georgia from Azerbaijan through the South Caucasus Pipeline, and it supplies Europe as well. So, as the energy expert says, we do not expect anything in this regard.