Quality of grapes damaged by the rain 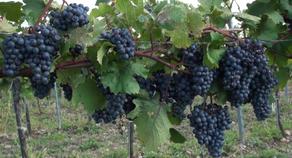 According to Levan Mekhuzla, the Head of the Vintage Coordinating Center,  155,000 tons of total grapes, including 95,000 tons of Rkatsiteli, 45,000 tons of Saperavi and the rest of various sorts of grapes have already been processed by September 26.

The Head of the Vintage Coordinating Center talked about vine grapes quality problems. According to him, droughts followed by 7-10 days of uninterrupted rain during the harvest season had a significant affect on the quality of the grapes.

"Saperavi is relatively more resistant compared to Rkatsiteli, so the post-rain sun was sufficient for Saperavi to restore its quality", Levan Mekhuzla explained.

According to him, the supply of Rkatsiteli exceeds the demand, so the state-owned Joint Stock Company Akura used, so-called, marginal pricing for Rkatsiteli grapes.

Levan Mekhuzla said that Akura the financial sources of the operations are commercial loan and income from their sales,  declaring that Akura does not use the budget financial resource.

According to the preliminary data the expected harvest will reach 250,000 tons.