Railway line opens between Iran and Afghanistan - changes in the region 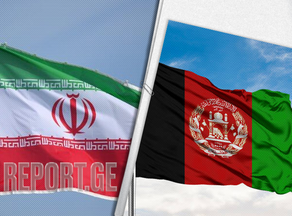 In December 2020, a 140 km long railway line, "Khaf-Ghorian," opened between Iran and Afghanistan. It is the 225 km section of the most important railway line "Khaf - Herat." According to experts, the railway line connects the city of Herat, the northwestern part of Afghanistan, to Istanbul via Iran so that the Caucasus is completely sidelined.

What does this change for the region and Georgia? Zurab Maghradze, an expert on transport-logistics issues, organization Become a Member, said Georgia has many advantages in the area but does not use them. Magradze explains that Georgia is the only country on the continent that has a free trade agreement with three huge markets, which the country should use to increase its transit potential for trade.

Zurab Maghradze is convinced that Turkey will not remove Georgia, especially Azerbaijan, from the transit highways, so Georgia's place in the Silk Road is not in danger.

The expert also points out that Chinese exports are growing every day. Magradze is sure that Chinese exports will increase even more in the future. According to him, it takes 45 days for cargo to arrive in Europe by sea and nine days through the Caucasian corridor. To date, 97% of freight is transported to Europe by the ocean and the rest through the Russian railways.

"The new Khaf - Herat railway will not be able to handle the cargo completely when it starts operating," Magradze said, adding that it was time for everyone to think about making full use of Georgia's transit potential.

"The whole country, government, and officials, media and journalists, bankers and entrepreneurs, restaurateurs and hoteliers, universities and educators, transporters and energy workers, railway and developers need to work on trade projects," explains the expert.

New features appear on the logistics map of the region. In this regard, the Turkey-Armenia (Kars - Gyumri - Nakhchivan - Baku) corridor should be mentioned, which, in terms of cargo, creates a new reality on the economic and logistical map of the region. However, most specialists are convinced that the new logistics routes will not significantly impact Georgia's transit potential.