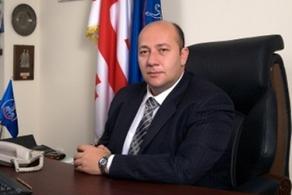 After the Business Association of Georgia subjected changes to be proposed to the Labour Code to severe criticism, they have been a topic of discussion. Report.ge News Agency asked a comment on this issue to Irakli Petriashvili, the Chairperson of the Professional Unions of Georgia.

“The remarks by the Business Association is known for us, and in my opinion, these remarks are absolutely nonsensical. It’s just a storm in a teacup. We offered the Association to pursue the policy of dialogue and resolve issues together. However, they have blown everything out of proportion. It’s just surprising to me,” states the Chairperson and adds that the Association itself faces problems; it is not used to open dialogues and solves issues independently without viewing an employee as a party.

Georgia’s Trade Unions do not consider that new regulations may bring negative economic effects; on the contrary, they cannot even imagine a sustainable and long-term development without them. Georgia’s Business Association severely criticized changes related to termination of contracts with employees, since its members think that removing “objective reasons” as one of the reasons for dismissing an employee is inadmissible; they support this opinion with the argument that “objective reasons” may be multiple; however, Irakli Petriashvili refuses to share this opinion and claims that this article has inflicted harm on employers, whose cases are being reviewed by the court.

The Business Association discussed potential negative effects that may be brought by the new regulations with the media a couple of days ago.