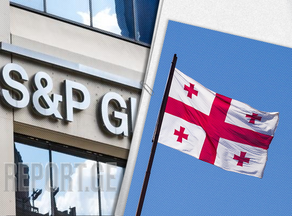 It says the country's government maintains its goal - to get an investment rating until 2024, to which there are two steps left.

"Prospects for economic recovery, both from international financial institutions and rating agencies, are positive. In particular, according to the agency S&P Global, in 2021, the forecast of economic growth will be 4.0%, which is one of the highest rates in the region.

According to the agency's estimates, Georgia is the least vulnerable to investor sentiment changes compared to countries in the "BB" category. It creates the prospect of a quick recovery of foreign direct investment in the post-pandemic period," the Georgian Finance Ministry said in a statement.