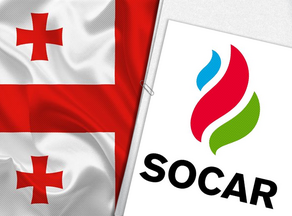 SOCAR has invested around $100 mln in Georgia's social projects, according to Rovnag Abdullayev, the CEO of the oil company.

"These investments have been made at the expense of revenues received in Georgia from carrying out different business activities," the CEO explained, adding that the SOCAR oil company is well aware of its social responsibilities and implements different social projects together with the government of Georgia.

One of the latest examples of similar projects is a kindergarten, the construction of which has started in the village of Kabala, the Lagodekhi municipality.

"We are grateful to the Georgian government for enabling us to carry out investments and different social projects. One of the similar projects is launching the construction of a kindergarten in the village of Kabala," Abdullayev declared.

The SOCAR Energy Georgia has laid the foundation for the construction of a kindergarten in the Kabala village, where 18,000 Azerbaijanis reside. The kindergarten will accommodate 100 children and will have four classrooms, indoor gyms, areas for different sport and entertainment activities, a medical center, children bedrooms, administrative and technical structures. An outdoor playground will also be built. The kindergarten will be PWD-friendly. It will cover 1,242 square meters and will be completed after eight months.