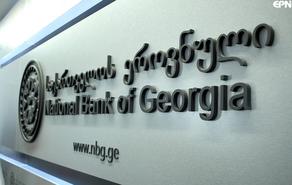 Financial experts blame the National Bank of Georgia for inertness, saying the monetary policy growth will have a long-term effect. Vakhtang Khomizurashvili, financial market Analyst, believes that this will not be a real result as all the actions of the National Bank are extremely slow.

According to Khomizurashvili steps taken by the National Bank of Georgia are always late that is why they have no effect on the economy. Khomizurashvili explains that the same thing happened with the larisation, withdrawing 32 million for the sale of reserves and the increase of the rate.

Lia Eliava,the Banking Expert predicts that the NBG's decision will cause the stagnation of the economy along with lowering inflation.

Society and Banks organization explains that by tightening monetary policy the National Bank of Georgia could not help the Georgia lari and at the same time will increases the value of lent money. According to the Organization as of September 1, 2019, 102 700 loans with variable interest rates have been disbursed. The vast majority of them are tied to the refinancing rate. This means that borrowers increased their interest rate by 0.5 percentage points to 7.5 percent.

In the past three weeks, the refinancing rate has jumped by 1%.

The National Bank of Georgia's Monetary Policy Committee decided to increase the refinancing rate by 0.5 percentage points to 7.5% at a special session on September 25.