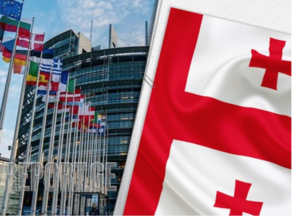 From 2023, the EU will introduce a carbon tax, which will impose an additional tax on products produced in different countries following the European Parliament's new rules. It means that if the products are made using electricity generated by a coal or gas thermal power plant, there will be a carbon tax on those products.

Former Minister of Energy, Davit Mirtskhulava, thinks that compared to the countries of the region (Azerbaijan, Turkey, Russia, Armenia), Georgian-made products will have much less carbon trace because the energy of neighboring countries is highly dependent on gas, coal production.

"Given this factor, Georgia has an obvious, big starting advantage and a great chance compared to the neighbors listed above, to make the most of these preconditions because almost 80% of our generation comes from renewable energy hydropower plants, and so far only one wind farm. Given the new reality of the introduction of the carbon tax and its natural potential energy resources, Georgia has a great prospect of achieving rapid economic development, poverty alleviation, and the well-being of the citizens in case of developing renewable energy resource following the principles of sustainable development," says the energy expert and emphasizes that the driving force of energy development today is not the economic attractiveness of energy sources, but a new and important factor, "the fight against climate change."