The EBRD may be the guarantee of the Anaklia Port Project 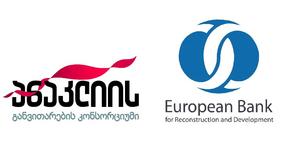 The EBRD participation in the project may be the main reason of the implementation of the Anaklia Port. Although the decision has not yet been made, analysts say that almost all prerequisites are for EBRD to be involved in the Georgia's most strategic project.

Jurgen Rigterink the First Vice President of EBRD has already met with Giorgi Gakharia , the Prime Minister of Georgia.  Among other issues the importance of the Anaklia project was discussed during the meeting. The involvement of the world's largest international institution in the project along with its financial benefits is strategically important. Analyst Gia Khukhashvili says the EBRD could become the main guarantee of the Anaklia Port Project.

According to Jurgen Rijterinki the EBRD has already invested 3.4 billion euros in 235 projects in Georgia by now.