The Georgian Economy is Showing Symptoms of Deterioration

The Georgian Economy is Showing Symptoms of Deterioration 17 September, 2019  11:15 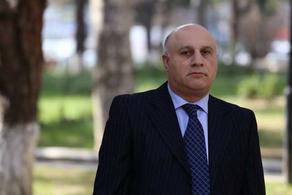 The economy of Georgia is showing signs of deterioration, Report.ge was informed by the Transport Corridor Research Center. Paata Tsagareishvili, the Head of the Center, is trying to confirm his point of view with concrete evidence.  According to him, our country is far behind the CIS countries in a number of economic indicators and focuses on export - import ratio.

"We must pay attention to the export-import (balance) ratio, The country export in 2018 was up to $ 3.356 billion, import value $ 9.137 billion with negative balance of -2.72. Georgia’s export balance is only slightly ahead of - Kyrgyzstan -2.78 and Tajikistan - 3.16. Note that three countries, Azerbaijan, Kazakhstan and Russia have a positive balance, "- stated Tsagareishvili.

The expert drew attention to the export-import ratio in GDP (Gross Domestic Product). It turns out that at this point, we are only ahead of one country - Kyrgyzstan.

Given the circumstances that both of the indices are considered worldwide a measurement tool for the country's economic sustainability, the expert concludes that Georgia is the last among the CIS (Commonwealth of Independent States) countries. According to him, taking into account that 20% of Georgia's export is re-exported (car trade), which does not contribute to economic growth, Georgia will be in the last place.