The price of the first wind power plant in Georgia 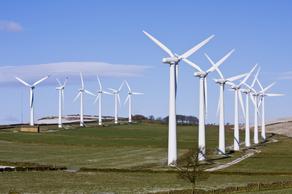 Georgian Energy Development Fund and Georgian Oil and Gas Corporation announced a public auction to privatize 100% of Qartli Wind Farm. The starting price of the first wind power plant in Georgia is $ 14.25 million.

The construction costs 26 million euros, 70% of the which was financed by EBRD.

Davit Tvalabeishvili, Deputy Minister of Economy, explains that the new owner of Qartli Wind Farm will repay the loan which does not mean that the 26 million euro project sells for 14 million.

“"It is private equity and loans. It is worth 26 million in total out of which 14 million is equity”, Tvalabeishvili told media.