The quality of water in Tbilisi 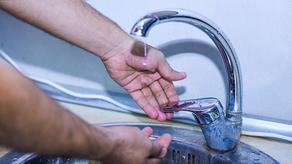 Georgian Water and Power has released a statement regarding the story spread by Studio Monitor. The company denies the allegations pointed out in the story.

The main subject discussed in Studio Monitor’s story was the Tbilisi Sea, one of the main sources of water supply for the capital's population drained by fecals. The Freedom Monitor claimed that the Tbilisi City Hall nearly a year ago knew about the problem but remained silent. The company had to acknowledge the problem only after the Freedom Monitor demanded a response from the Mayor himself. The mayor instructed Irakli Khmaladze, the Vice Mayor to clarify the matter.

In response to the Studio Monitor, Georgian Water and Power talks about high standard of the water supply system.

"We would like to clarify that the quality of drinking water in Tbilisi is safe and fully complies with the requirements of national regulations and recommendations of the World Health Organization" reads the company statement.