The Resonance of the New Economic Model of Giorgi Bakhtadze 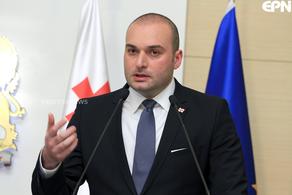 Mamuka Bakhtadze resigned today. The Prime Minister reminded the public of the reforms carried out in the economic field once again and emphasized the effectiveness of the government's economic team under his leadership. According to Bakhtadze along with education reform, the new economic model will create 50,000 extra stable jobs every year which is the only way to end the poverty in this country.

“We will have an additional resource of around 700 million GEL in 2020 budget and our team is actively consulting on various programs that will help achieve these goals. Along with the economic development it is important to ensure that nobody stays behind until the poverty is overcome. Therefore, it is necessary to pay maximum attention to those layers of the population that are not involved in the economic life of the country and need maximum support” - states Mamuka Bakhtadze on his Facebook page.

According to the ex-Prime Minister, the housing budget for Internally Displaced People will be 250 million GEL in 2019-2020 and its volume should increase each year. At the same time, it is important to provide a source of income for IDPs to minimize their dependence on social assistance.Bakhtadze particularly emphasizes difficult financial condition of the pensioners, adding that the increase of pensions in 2020 and the follow on annual indexation of the last will contribute to the solution of the problem.

According to Bakhtadze - “Since the cost of medicines in the country is almost half of the total cost of healthcare we initiated and gradually implement a new pharmacy system for economically disadvantaged people.The state-run medicine provision program brought relief to tens of thousands of people, but the high financial barrier for lots of people persists, and in response the program expanded in August 2019 - at a symbolic price of 1 Georgian GEL the access to the medicaments for majority of chronic illnesses have been given not only to the socially disadvantaged, but also to retired pensionaries, children, people with disabilities, veterans and the population of occupation line”.

The Prime Minister also focused on the development of a social security system for children. He said that assistance to socially vulnerable children was increased five times in 2019, which is good but not enough, as 25% of children in the country are still living in poverty. According to Bakhtadze, the scale and the pace of this program needs to be increased.

The ex-Prime Minister brought the American model as an example and noted that the foundation of Food Bank in Georgia would not serve to fight child poverty. This is a nutrition program that has been operating in the United States for years.