The risk of expected changes in labor code 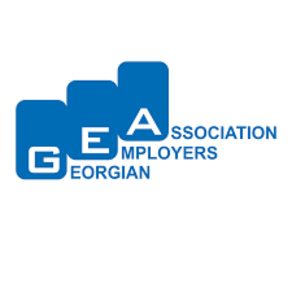 After the government ordered business sector to have a labor security specialist, it moved to another level and prepared new regulations. We are talking about reducing working hours and restricting / prohibiting overtime, also the prohibition of part time jobs are also in talks. Lawmakers intend to consider restricting internships, mandatory minimum wages, and imposing a number of restrictions on employment contracts and termination.

Labor market specialists see it as an indefinite extension of the labor inspection mandate, saying it will lead to negative result. According to them it will be pressure for the business sector that will inevitably lead to reducing jobs and wages and will result in rise of prices.

Report.ge asked the Georgian Employers Association to evaluate the planned changes. Shalva Tskhakaia, Head of the Association's Legal Committee, explains that majority of the expected changes in labor code are premature and have excessive demands not only on the private sector, but also on employees. According to him, the number of risk factors will increase, which will cause the labor inspection to impose sanctions.

“We assess the major part of the expected changes in labor code, which will be initiated in the near future as premature and baring excessive demands not only on the private sector but also on the employees. I would like to emphasize the planned regulations on minimum wage setting, cancellation of oral agreement, limitation of overtime, annual leave days and hours, and the compilation of mandatory table for employee hours.We believe that announced changes will not only impact the business sector on unreasonable financial burden, but will also increase the number of risk factors for which the labor inspectorate will have to impose sanctions.  On the other hand it will negatively affect foreign investment flow and new jobs opening as the regulations will reduce the attractiveness of business environment in the country.  We believe that labor relations in Georgia should be improved step by step in order to create less barriers to long-term business planning, especially given the circumstances that a few regulations were implemented in 2019. The government should also consider giving time to the private sector  to prepare and adapt the changes, especially in the case of the regulations that are not mandatory for EU members”– stated Shalva Tskhakaia the Head of the Legal Committee of the Georgian Employers Association.