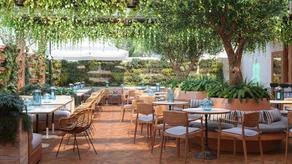 The first cannabis cafe in the United States opens in Los Angeles. Lowell Farms is the first Cannabis Cafe that highlights cuisine and cannabis, CNN reports.

The Head chef Andrea Drummer has created a menu that will be reflective of California flavors. Drummer says that the cafe is designed for the public and is ready to receive visitors.

Guests will be able to smoke marijuana at the cafe using joints, pipes and bongs. The 1 800 square meter space will have both a smoking and non-smoking area and the entire indoor space is a designated smoking area.

According to cafe owners they wanted to create a space where people could openly consume cannabis in a quiet environment.