Tkibuli coal mine handed over to Steel International Trading Company 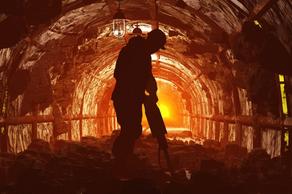 After 12-year of managing Tkibuli coal shafts Georgian Industry Group has moved aside from coal mining. Saqnakhshiri's $ 125 million assets will be handed over to the new investor, Steel International Trading Company at a symbolic price. The company founded by Georgian and Ukrainian business partners takes the obligation to make the enterprise profitable.

Alexander Chochia, Manager of Steel International Trading Company said they had been negotiating over the purchase of Saqnakhshiri for the past five months. Chochia says that 8 million GEL will be initially invested in the development of Saqnakhshiri and the project will be presented to the public and the state in the near future.

According to Alexander Chochia's plan the Georgian local coal market will also be supplied and exported to the Black Sea countries. According to him the coal will pass from Georgia through Ukraine and Turkey.

According to Georgian Industry Group the Coal of Georgia is involved in the project with Steel International Trading Company. According to the Business Registry the company was founded in Georgia on April 15, 2019 and is owned by Ukrainian company Ukrspetstechnika.

According to the Mining License Tkibuli's estimated coal reserves are 331 million metric tons.