Traffic between ports of Georgia, Bulgaria, Romania and Ukraine to be intensified 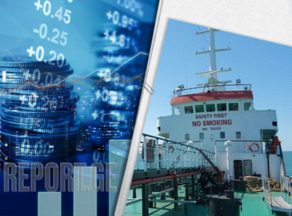 "The EU is our number one trading partner, but traffic between our ports is irregular and does not match the dynamics and pace we need. The European Union has promised assistance, including preparing an action plan," Natia Turnava said during her visit to Brussels.

According to her, the case concerns developing traffic on the Black Sea between the ports of Georgia, Bulgaria, Romania, and Ukraine.

"There was a discussion how much progress Georgia has made in fulfilling its obligations under the Association Agreement and the Free Trade Agreement. We have raised several issues in which we were given full support. First of all, it is the development of physical ties on the Black Sea that will connect us with European states," Turnava said, adding that it is about activating ferry traffic.

Black Sea outbound routes and better connections with European ports, full exploitation of the EU market, and selection of new product groups - these messages were delivered by Georgian delegates in Brussels.

The aid package, financial support, and investments are the main directions that Georgia expects to succeed after the visit. The visit of Irakli Gharibashvili and the government delegation to Brussels started yesterday. The meeting of the Georgia-EU Association Council was held yesterday.