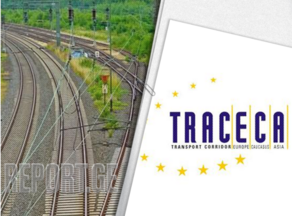 A total of 38,491,4 thousand tons of cargo was transported via the TRACECA (Transport Corridor Europe-Caucasus-Asia) in 2020, while the cargo turnover totaled 9,254,3 mln tkm.

As per the data of the State Statistical Committee of the Republic of Azerbaijan, the volumes of transported cargo from Azerbaijan have reduced by 14,270.5 thousand tons or 27.04% if compared to the last year, while the overall corridor turnover by 1,904 mln tons or 17.06%.

Customs procedures are set to be digitalized in the TRACECA international transport corridor.

TRACECA's turnover in the Azerbaijani segment increases by 3%.

TRACECA (Transport Corridor Europe-Caucasus-Asia) is an international transport program involving the European Union and 12 member States of the Eastern European, Caucasian, and Central Asian region. The program's aim is to strengthen economic relations, trade, and transport in the regions of the Black Sea basin, South Caucasus and Central Asia. It has a permanent Secretariat, originally financed by the European Commission, in Baku, Azerbaijan, and a regional office in Odesa, Ukraine. Since 2009 the organization has been entirely financed by member countries.

The Intergovernmental Commission (IGC) TRACECA is open to all initiatives contributing to the development of regional transport dialogue and ensuring the efficient and reliable Euro-Asian transport links, promoting the regional economy on the whole.