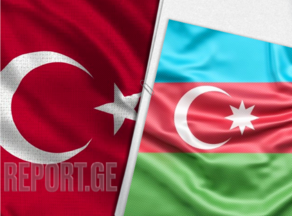 In January-February 2021 Turkey imported 966 million cubic meters of gas from Azerbaijan, which is 12.4% more than a year earlier, Report.az informs, referring to a statement by the Energy Market Regulatory Authority of Turkey (EMRA).

In February Turkey imported 6.002 bcm of gas in total, up 14% from the previous year.

In January-March 2021, Azerbaijan exported 3 bcm of gas to Turkey, which exceeds the exported gas volumes in the same months of 2020 by 15.8%.